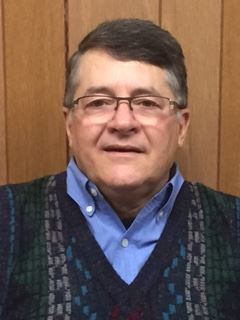 Richard J. “Rock” Cioni was born in Cumberland, Maryland and is a graduate of Allegany High School.   He earned a Bachelor’s Degree at West Virginia University as well as a Master’s Degree in Counseling Psychology from Frostburg State University.  Cioni is a veteran of the United States Army and served a tour in Vietnam from 1971-72.  As a civilian, he has provided individual therapy for veterans suffering with Post Traumatic Stress Disorder.  Cioni currently works as a Clinical Consultant at the Allegany County Lois E. Jack Unit, having served as Program Director of that unit from 1980-2003.

Councilman Cioni was appointed through a selection process of the Mayor and City Council and was sworn into office on February 2, 2016 to complete the four-year term of David J. Kauffman, which will end in January of 2019.  Cioni currently serves as Council Representative to the Neighborhood Advisory Commission and the Parks & Recreation Board.

Rock and his wife Susan live in Cumberland.  They have two children and two grandchildren.